The Glorious Beard of Christ

The Will of God and the Subtle Seduction of Divination 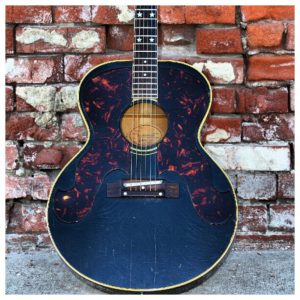 Now that the Nashville Statement has had time to settle I want to address article X (10). I write to help clarify some misunderstandings. The first, as I see it,  is a non-biblical understanding of the way salvation is attained and applied. The second misunderstanding is a lack of biblical knowledge to show article X (10) is correct. But first here are two examples of the misconceptions I saw on Twitter.

This from a well-known progressive author:

“Stating that sexual purity is necessary for salvation is legalism, plain and simple.”

Then this criticism sent to one of the co-signers of the Nashville Statement:

“Unless you misinterpret whether homosexuality is sinful right? Then it’s obviously not a miracle cuz you’re not saved. Right? Am I close?

WE AFFIRM that it is sinful to approve of homosexual immorality or transgenderism and that such approval constitutes and essential departure from Christian faithfulness and witness
WE DENY that the approval of homosexual immorality or transgenderism is a matter of moral indifference about which otherwise faithful Christians should agree to disagree.

This is how I would restate article X (10). A person may not be truly saved if they are an “approver of homosexual immorality or transgenderism.” The word approve here is more than a simple nod of agreement but rather an endorser, that is a true belief that “approval” isn’t just OK, but rather right. If right then it is True. If True then God ordained because after all, all truth is God’s truth.

Many churches have done a great disservice to people. They have said “Once saved always saved.” Although this is true, the lack of explanation of why it’s true has produced false beliefs. Because nature abhors a vacuum people fill the knowledge gap with experience. Our experience tells us that if I do (A) Then (B) occurs. If I say the sinner’s prayer when I am six I am always saved because I performed (A). When seen like this we turn salvation into something it was never meant to be, a mechanical action. This view of salvation allows for no checks and balances to see if one is truly saved. Yet repeatedly the Bible calls upon all of us to test ourselves.

The apostle Paul says this: “Examine yourselves to see whether you are in the faith. Test yourselves. Or do you not realize this about yourselves, that Jesus Christ is in you? Unless indeed you fail to meet the test” (2Cor. 13:5).

One can immediately see this verse makes no sense if a wooden, mechanistic view of salvation is true. Why would we need to test ourselves when we can point to (A)? We would say, “Paul, don’t you know we “performed” the sinner’s prayer at age six so no test needed? We did it!”. One of the reasons Paul says instructs us this way is because, “Our heart is more deceitful than all else and is desperately wicked” (Jer. 17:9). Paul knows one can be deceived and not experience true salvation and so does Jesus.

Matthew 7:22-23 explains what happens to those who are not saved but think they are and never tested themselves. Jesus said, “On that day many will say to me, Lord, Lord, did we not prophesy in your name, and cast out demons in your name, and do many mighty works in your name? And then I will declare to them, I never knew you; depart from me, you workers of lawlessness.”

Notice the people are shocked and surprised. They plead and point to “actions” in the past. Just like pointing to salvation at age six they say Lord, but we performed (A). Yet, Jesus said, “I never knew you.”

This illustrates that Salvation is not an if-then statement intellectually assented to, but a personal ongoing sanctification by the Spirit. This personal, daily and dynamic walk called the Christian life is a constant exchange of oneself for more of Christ, also called taking up your cross. Paul says we need to make sure we are putting to death the deeds of the body because we are not our own and have been bought with a price. The gift of salvation is the only free gift that will cost you everything. I am not sure who wrote that, but it’ true.

Salvation is On Going

I suggest an obstacle in having proper understanding of article X (10) is due to many having this view of salvation. Salvation is a process through death to self on going every day. Many walked a church aisle and said the prayer and filled out the salvation card, concluding salvation was finished and they simply needed to move on. But this isn’t the biblical understanding of how salvation works through sanctification. If one is not progressing to be more like Christ or denies what the Bible explicitly says, Paul says test yourself. Proclaiming salvation is the prerequisite for testing to see if you are in the faith.

If one is saved, truly saved, there is a new root system and from it over time, through sanctification by the Spirit, good fruit will grow. Part of that good fruit is approving of God’s written word. That is believing its rightful place in the life of every true believer is above our thinking. That means God’s Word through logical entailments and explicit examples remains the final authority.

But where in scripture does it show “approving”, like article X(10) suggests, is demonstrating one may not be saved?
That brings me to the second contributing factor to misconceptions about article X(10).

In Mark 9:38-49 John told Jesus someone was casting out demons in His name. John goes on to explain to Jesus that he tried to stop this man because he was not following them. Jesus responds by telling John, “Do not stop him, for no one who does a mighty work in my name will be able soon afterward to speak evil of me. For the one who is not against us is for us.” Jesus then gives a warning to John specifically but to all of us. Jesus said,

“Whoever causes one of these little ones who believe in me to sin, it would be better for him if a great millstone were hung around his neck and he were thrown into the sea.”

Jesus goes on and says, if your hand, foot or eye causes you to sin cut it off or pluck it out! And it is here where the biblical text provides a foundation on which article X(10) can be built.

Someone who advocates and promotes something that is false causes one to sin. Jesus said those who cause little ones to sin would be better off killed by drowning; compared to what will happen to them in eternity. Notice Jesus equates how the hand makes the body stumble to how John may have made this man, casting out demons, stumble.

We know the mind causes the hand to perform an action. The hand doesn’t make the decisions yet Jesus punishes the hand, why? Jesus says the hand must suffer and be cut off, why? Because it illustrates his point in the responsibility one bares in approving of evil. No man is an island when community is the law of the Kingdom.

The one who causes a little one to sin parallels the hand. Like the hand this person didn’t make the decision for the one who sinned. They were after all just a hand. Much akin to a drug dealer who only sells the drugs. The dealer didn’t make anyone buy the pills, yet Jesus said causing someone to sin will result in judgement.

This applies to those who are advocating and “approving”. The reason I say this is because the hand, foot and eye all performed actions; it was an on-purpose event. That implies knowing full well what they were doing and saying. This shows Jesus is speaking about deliberate attempts to cause an action, which “makes” one who is unsure, or a “little one”, to sin.

Are we Saved or Not?

As Paul says we must test ourselves to see if we are saved, daily. We must do this so we do not become a castaway. In 1 John 2:19 the philosophical idea called the law of identity is used to see one’s faith state.

“They went out from us, but they did not really belong to us. For if they had belonged to us, they would have remained with us; but their going showed that none of them belonged to us.”

Peter says if you are saved you will remain faithful to what has been taught. That entails if one is truly saved they will repent from any false belief, however, how long that takes is unknown. That is why I refrain from telling someone who holds false believes, but proclaim Christ, they are not saved. However, we should call people to repentance who claim to be a Christ follower yet deny what Christ said. We should not say they are not saved but we should also not provide full affirmation as brother or sister. Rather we say what scripture teaches. We love them while following Matthew 18 and perhaps I Cor. 5 all the while calling them to repentance. Eventually they will prove the law of identity, as John says, if they are saved they will come to repentance and remain. If they are not truly saved they will leave and by leaving identify as a non-believer. Pray for repentance for it is by Grace any of us have be saved.