A Dying Dream was God’s Grace 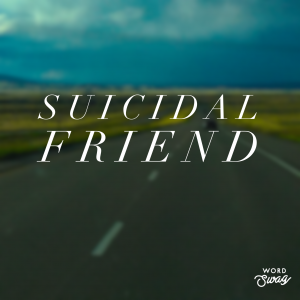 LISTENING TO MY FRIEND I was stunned in silence. While his eyes leaked, and his soul gasped for breath I was still. He gushed out the emptiness which filled him to the brim. It was overflowing and spilling out. Words crashed one on top of another as he blurted out his depressive state.

Immense suffering had overtaken him. Apathy was his new home and black darkness the color of his rainbow. He went on to tell me that ending his life was constantly on his mind.
A day earlier his family left the house and he was alone. He was overwhelmed with grief as he thought about his life. His failures capsized the boat of hope. His thoughts turned toward self-harm, that of the most heinous kind—suicide.

He begged God for relief, but in that moment none came. Instead he found a pistol and a pen. Wailing on the floor of his living room his heart pounded. In rhythm he mimicked the drum beat of his heart by punching the couch until he was exhausted. He said it was an, “acting out of the fight inside.” As I listened, I was filling up with throat griping emotion. He continued and said, “the first time I thought about doing this I was between eight to ten years old. It has never been a single moment for me but a way of living.” Having heard that confession I was exhausted. My boys at the time were eight and ten years old. I grabbed a tissue and wiped away the tears which had escaped my grip. That was too much for me to dam up. He went on to explain that he had to choose between a gun or a pen. Of course, he was sitting across from me, so I knew which option he chose. He then handed me a poem. He said, “Here, take it. Read it if you like.”

A Moment
In the pale blue haze of clear non-existent white veils the hideousness of gross meanderings. Calling out of the shadows deep within, shattering all the frozen years of emotion. Waging a war by the reappearance of apathy and waste. From the belt loops of yesteryears balanced needlessly on a foundation of shaky steel, stir deep groans of wounded heel.

Not for all, yet all for not. Climbing and dancing and sheading all that traps and ensnares.
Dreaming awhile of lavish lights and suns and moons and rings of Jupiter stare in a cosmic speck of dust on my soul.

Oh, my soul! This gut-wrenching soul filled with all that I am and all I will ever be.
Ever be because of nothing less than a challis full of bitterness and pain.
Pain like that of a cold titanium tip of a chiseled edge piercing that which is hidden, and then gone.

Gone again, fleeting and drifting back into the long halls of sadness.
Impregnated upon the broken pieces of shattered visage.
Contained in this moment is the elation of euphoria, pure bliss like that of an exhilarating ride.
A ride that lasts but for a moment, yet a ride that cannot and should not ever be forgotten.

That moment where once again there is a knock on the door.
A tug on the rope wrapped around my neck.
That moment that just left but is back again fighting and wasting away like a bag of rotten potatoes in the missing eyes of a dead corpse.
And I wonder, will it ever be back?
Ya know, that day when all was good?

After reading it I wiped yet another tear away. Now composed he said, “See, God did show up.”
With eyes full of life, he pierced my soul with these words,

“God gave me strength to pick up a pen, not a gun. At the end of the night I spilled ink, not blood. What I wrote was devastating to my case thinking I wanted to die. From the depths of my soul I penned that poem. What stunned me was I wrote the words, this was a moment. This wasn’t my life. Life is moment upon moment. And the next moment might be different than this one, unless I make this moment my permanent future. I realized no one would ever say one moment should define someone’s life, yet if I do this, that is exactly what I would be saying.”

He went on to tell of how hope everlasting is found in Jesus Christ.

My friend and I haven’t spoken since that day. I am confident in Christ he and I will never speak again, after all, it was only a moment.

If you or anyone you know struggles with thoughts of suicide, please give life a chance:
The National Suicide Prevention Lifeline— 1-800-273-8255 (TALK)— Open 24-hours and its confidential.